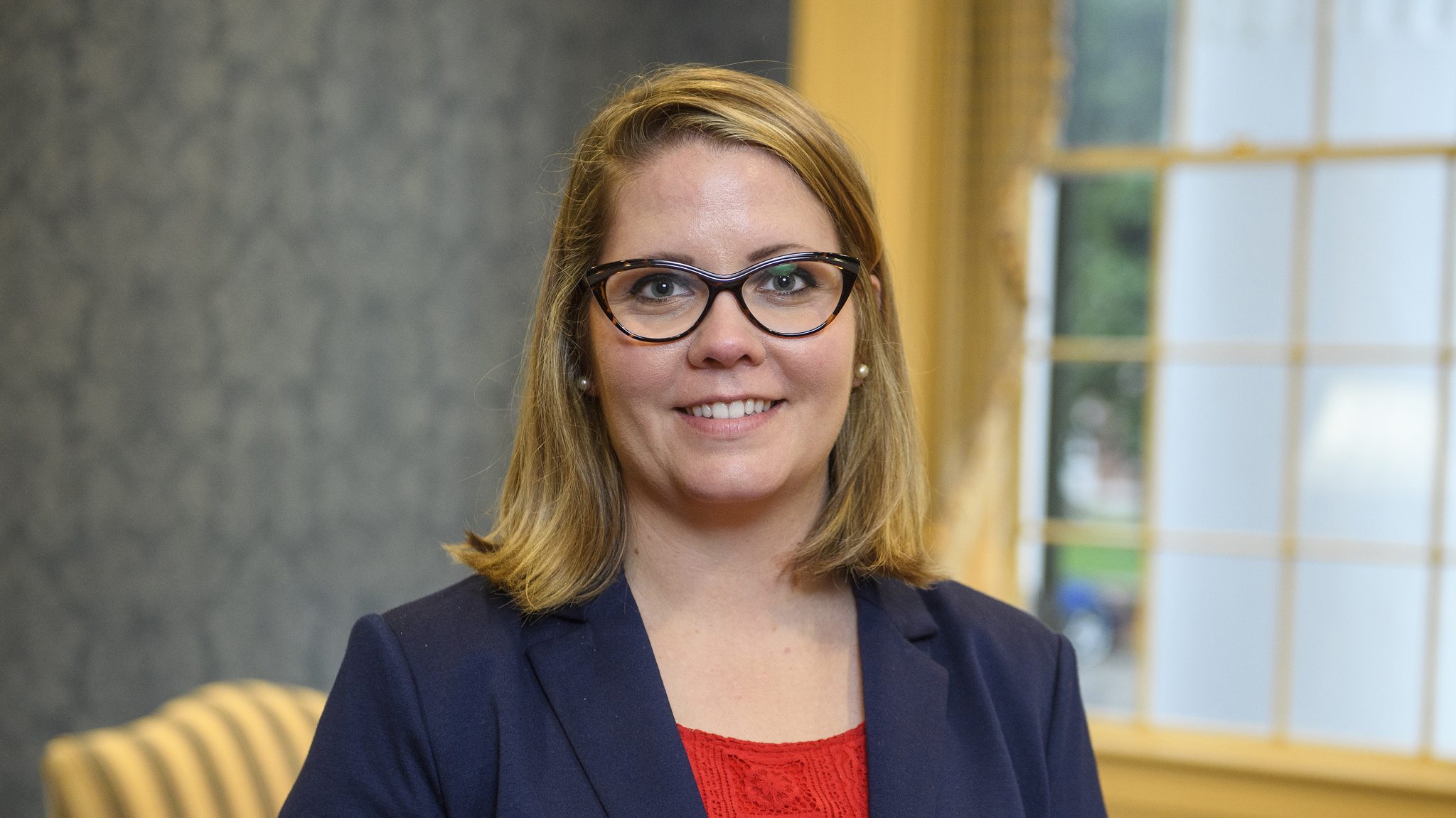 Annie Cafer, UM assistant professor of sociology, has been awarded a prestigious Andrew Carnegie Fellowship. She is the first UM faculty member – and the first faculty member from a Mississippi university – to receive the fellowship. Photo by Thomas Graning/Ole Miss Digital Imaging Services

OXFORD, Miss. – Annie Cafer, an assistant professor of sociology at the University of Mississippi, has been awarded a prestigious Andrew Carnegie Fellowship.

The 32 fellows of the 2019 Andrew Carnegie Fellows Program were unveiled today (April 23) by the Carnegie Corp. of New York. Recipients of the so-called “Brainy Award” receive an up-to-$200,000 grant that allows them time to research, write and publish in the humanities and social sciences.

“I’m absolutely humbled and thrilled to be given this opportunity,” said Cafer, who joined the UM faculty in 2016. “This fellowship will provide the much-needed resources and time to do some important theoretical work with critical practical applications to community well-being and resilience.”

Of the 32 fellows this year, which include scholars, journalists, authors and public intellectuals, 15 are from public institutions and 17 are from private institutions.

“The creativity and accomplishments of our faculty are what make this an amazing university,” Provost Noel Wilkin said. “Again, this is clearly apparent as Dr. Annie Cafer has achieved another first for our state and our university.

“More importantly, being named an Andrew Carnegie Fellow, which is one of the most prestigious fellowships in the nation, is a clear testament to her ability, research and perspectives. I am thrilled to see her groundbreaking work recognized in this way, and am honored that she is a member of our faculty.”

The award is for a period of up to two years and its anticipated result is a book or major study.

“Dr. Cafer submitted a stellar research proposal, plain and simple,” said Jeffrey Jackson, chair of the UM Department of Sociology and Anthropology and professor of sociology. “Her project is outstanding because it brings state-of-the-art research methods to bear on a crucial topic for Mississippi and for the world: How do communities survive, recover and adapt in the face of economic and environmental shocks? Her investigation will inform scholars around the world.

“We are extremely fortunate to have a colleague who is leading the way in this cutting-edge research methodology for studying community well-being and resilience. The department is thrilled that she has been recognized with this very prestigious award.”

Cafer will then use a modeling technique known as fuzzy cognitive mapping to better understand local dynamics which contribute to resilience or nonresilience.

“Resilient systems last; nonresilient systems do not,” she said. “Resilience theory is quickly becoming a major driving force in both community development practice and international development policy. Understanding the ways in which community resources are leveraged to forge resilience pathways is important to developing better theory and practice.”

Growing up in rural, mostly agricultural Pike County in Missouri, north of St. Louis, Cafer said her working-class family and neighbors faced many of the challenges she studies, including food insecurity, poverty, limited access to health care and chronic underemployment. This sparked her interest in helping to improve the lives of rural people.

“I want to understand how agricultural practices influence household nutrition in (small farms),” she said. “I also want to know how educational systems, food environment and health care systems contribute to population health, quality of life and residents’ sense of well-being in their community.

“It’s about understanding the system components and how they interact to produce particular outcomes like resilience or nonresilience.”

At UM, Cafer said she has honed her research skills in resilience with support – from technical to fiscal – from the university and her colleagues, including in the Department of Sociology and Anthropology, the Center for Population Studies, the McLean Institute for Public Service and Community Engagement and the College of Liberal Arts.

Nominations for this year’s Carnegie Fellows were gathered from more than 600 U.S. institutions, including universities, think tanks, publishers and nonprofit organizations. Universities may nominate one senior and one junior scholar (a scholar who has received a doctorate within the last 10 years).

For 2019, 273 nominations were received and then evaluated on the originality, promise and quality of the proposal; its potential impact on the field; the nominee’s qualifications; and plans to communicate findings to a broad audience.

The final selection is made by a panel of 16 jurors, including current and former presidents of universities, foundations and scholarly societies.

“For five years, it’s been my honor to chair the insightful panel of jurors who review the outstanding proposals submitted by our forward-thinking nominees, and once again, the candidates showed exceptional diversity of thought and academic rigor,” said Susan Hockfield, chair of the Andrew Carnegie Fellows Program jury and president emerita of the Massachusetts Institute of Technology.

“I think of the fellows as an investment in our future, and speaking as a neuroscientist, they remind me that science and technology must be accompanied by a broader understanding of the human condition, history, economics and the many fields of study that form the social sciences and humanities.”

In 2019, Carnegie nominations were asked to focus on four broad topic areas that included a wide range of suggested subtopics: strengthening U.S. democracy and exploring new narratives, the potential and perils of technological and cultural creativity, global connections and global ruptures, and environments – natural and human.

“Andrew Carnegie believed in education and understood its influence on the progress of society and mankind,” said Vartan Gregorian, president of the Carnegie Corp. of New York and president emeritus of Brown University. “The Andrew Carnegie Fellows Program is an integral part of carrying out the mission he set for our organization.

“Over the past five years, we at Carnegie have been very impressed by the quality, range and reach of our fellows’ work. This year is no exception. We salute this year’s class and all of the applicants for demonstrating the vitality of American higher education and scholarship.”