Excerpted from  “From 14 to 64, UM Freshman Class Spans the Ages” by Michael Newsom 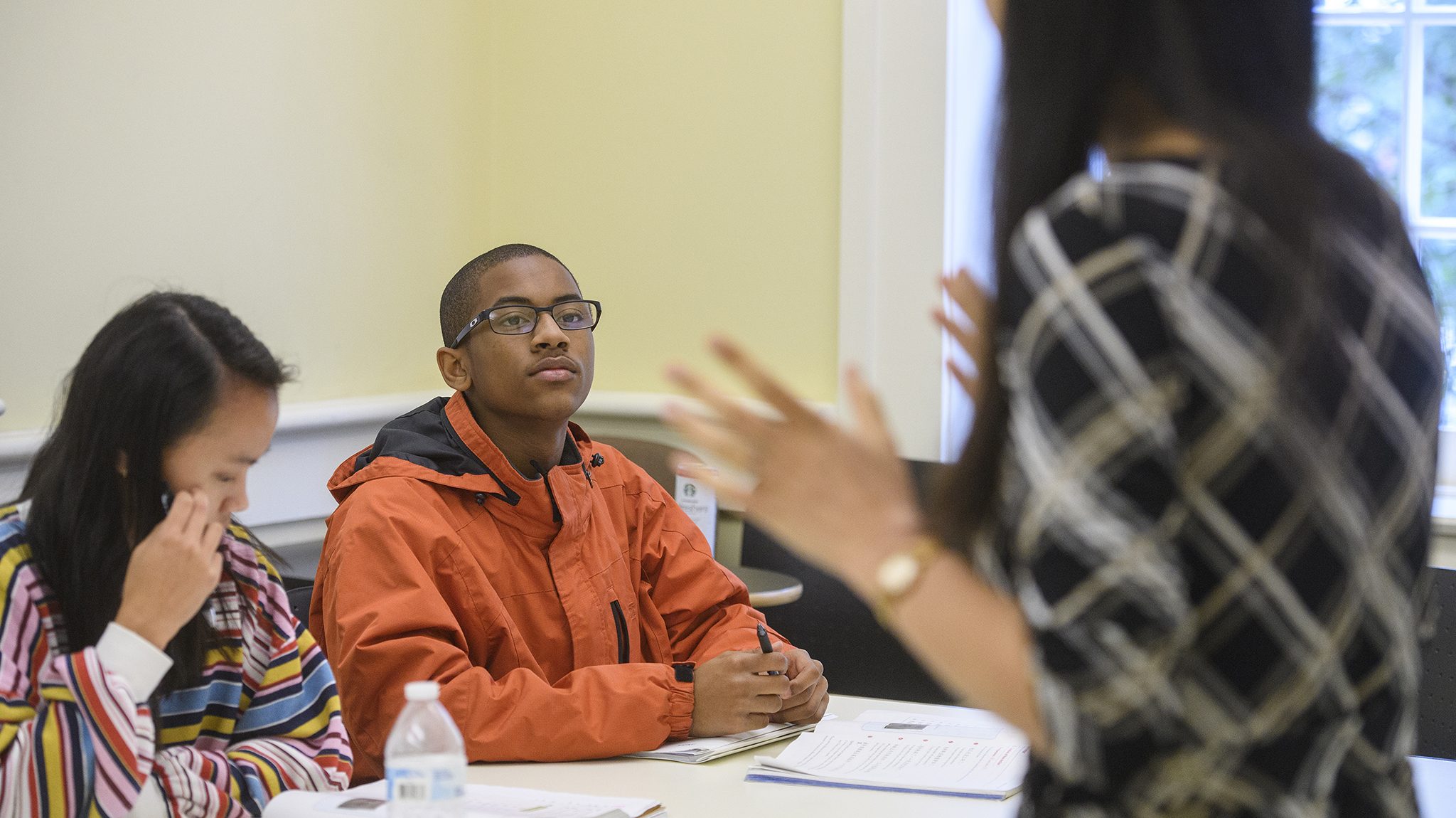 Ryan Mays (center), is taking classes at the University of Mississippi this fall as a 14-year-old freshman, one of the youngest in the university’s history. Photo by Thomas Graning/Ole Miss Digital Imaging Services

Ryan Mays was home-schooled by his mom, a college professor with a Ph.D., before being accepted into UM. He entered as a 14-year-old, one of the youngest students in the history of the university. The 2015 freshman class had four 15-year-olds, but it’s highly unusual to find a student Mays’ age at any university.

If his life were normal, he would be beginning ninth grade, but there’s nothing typical about Mays. From an early age, his mother, Vikki Spann, knew he was far more intellectually advanced than most peers. He’d been reading since he was 3 years old.

“It’s been very rewarding to be blessed with a son that you know has a gift,” Spann said. “You just can’t sit on that. You have to constantly seek God and ask for direction about what to do next. In that regard, only God led us to this place.”

Mays’ Ole Miss educational journey began over the summer, when he enrolled in intensive Mandarin Chinese courses as a member of Cohort 16 in the Chinese Language Flagship Program. The Mound Bayou native has a double major in Chinese and biology with a minor in neuroscience.

One of the first signs that he would be interested in foreign languages came when he was a baby. Mays would take the family’s TV remote and change the language from English to French, Spanish or Chinese and watch it.

The bright, soft-spoken youth completed his home-school curriculum through a 12th-grade level, but has also been a student and member of the Institute for the Study of Languages and Cultures at Mississippi Valley State University since 2013. There, he was exposed to Arabic, French, Chinese and Russian languages.

He is a member of the Tri-County Workforce Alliance Health Mentorship Program, where he has had the opportunity to shadow Dr. Gregory Norwood, an OB/GYN. Before joining the mentorship program, he interned with Dr. Timothy Lloyd, a veterinarian. He hopes to shadow a surgeon soon.

So far, his age doesn’t come up here in class much, except when one professor uses him as an example of good study habits for others to follow, he said.

He doesn’t find himself overwhelmed with going from a class of one to large college classes. He’s trained himself to handle it.

“I wasn’t really that nervous, since I had taken classes beforehand,” Mays said. “I just sort of ignore the sheer amount of people in the classroom and focus on maybe one person at a time in the classroom, whoever is sitting next to me, or just the teacher.”