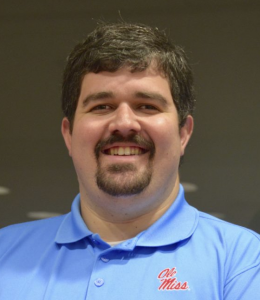 Sparkmon is a West Virginia who grew up in the Nashville, Tennessee, area. A Ph.D. candidate in the Department of Pharmacy Administration and 2012 graduate with a bachelor’s degree in pharmaceutical sciences, he is a member of Rho Chi, Phi Kappa Phi and Delta Omega, the public health honor society. While receiving his Master in Public Health from the University of Louisville, he was awarded the Graduate Dean’s citation, as well as the Dean’s Award for graduate students from the School of Public Health and Information Sciences. In May he was named a 2020 Walmart Scholar by the American Association of Colleges of Pharmacy Walmart Scholars Program, an honor and scholarship given to recipients committed to a career in academic pharmacy.